Matthew Bourne’s Swan Lake just wrapped the Melbourne wing of its international tour, and it was everything I expected and so, so much more. 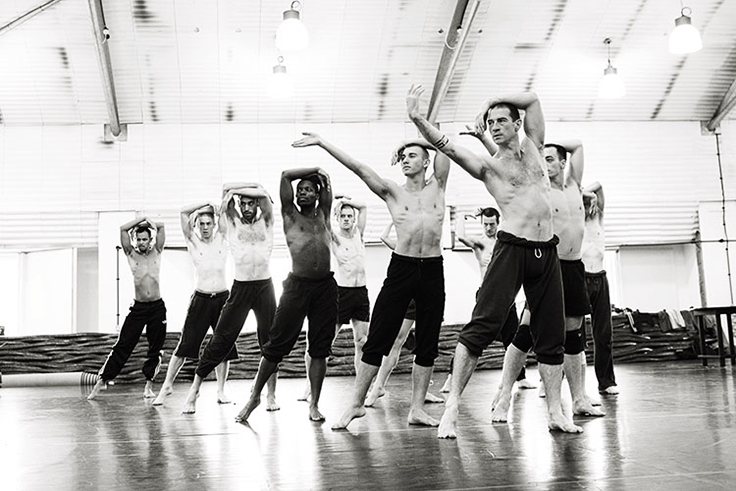 There have been many modern re-interpretations of classical ballets, but Bourne offers the most well-known and celebrated reworking. This ballet has collected numerous accolades and earned world-wide recognition. Books have been written about it and it’s even part of the GCSE and A Level syllabus (British kids study it in school). It’s recognised as a modern classic.

I’ve seen the original 1995 recording of the ballet countless times and have fallen in love with every aspect of it. Last week, after years of waiting, I finally managed to see my favourite ballet live. Twice. Here, I present to you a rambling recounting of my experience, but I am not going to describe the plot – I feel that the story of this ballet and its origins deserves a separate post. 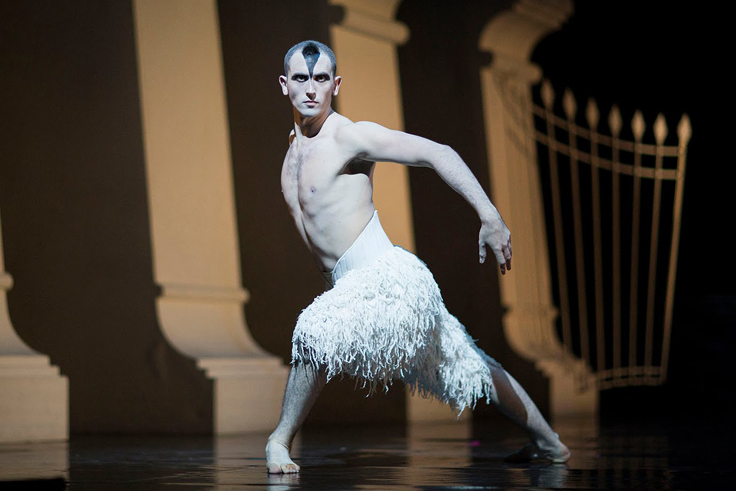 For the uninitiated, what you need to know is this: in the mid 1990s Matthew Bourne, a British choreographer, bravely decided to re-work Swan Lake, the crowning jewel of classical ballet, with an all-male cast. The result has often been called “the gay version” of Swan Lake (I want to slap any person using this term).

While it’s true that the dynamic of the story has changed significantly along with the cast, Bourne’s version of the ballet offers a remarkably complex psychological alternative to the classic.

At least that’s my reading. Feel free to disagree in the comments.

I was fortunate enough to see two performances, on Sunday the 19th and the matinee on Saturday the 25th. I didn’t intend to watch two shows (the tickets are pricy), but as I left the theatre on the 19th it dawned on me that I simply had to experience the show one more time.

Seeing the show twice allowed me to focus on the details I missed during the first performance. Bourne packs a lot of action into 2 hours, and it’s hard to take it all in in a single viewing. There are no lulls in the story, no melodramatic asides, and the pace doesn’t let up at all, with a gear change in Act 3, as the story rushes towards its conclusion.

Bourne has said in recent interviews that he’s had a chance to review and “tighten” the story, as well as the choreography. He toned down the humour and got rid of some of the red herrings in the plot. These changes are small but noticeable. The entire production is tight and razor sharp.

When the Swan steps on to the stage in Act 2, you can feel a subtle change in the atmosphere, and you know you are about to witness something remarkable. The story may be about the Prince (he hardly ever leaves the stage), but it ultimately belongs to the Swan.

Trenfield commanded the stage completely. He has a uncanny way of drawing focus to the tiniest of his movements, like a flick of a wrist. As he raised an arm, I found myself focusing on his fingers, when he extended a leg, all my attention went to the tips of his toes. As the Swan, he was a magnificent, powerful and – in Act 4 – vulnerable creature, capable both of great violence and tenderness.

There was one moment I particularly liked. As the Swan and the Prince come into contact for the first time, the Swan standing in a dignified arabesque and the prince gingerly supporting him, Trenfield moved his had slowly in an arch from left to right, pausing on the audience for a moment before moving his head sharply towards the prince. The effect was very crisp and bird-like.

The Stranger was every bit as tantalising and cruel as one would expect (despite the fact that in the second performance Trenfield seemingly missed his cue, and his entrance was a little rushed). I feel sorry for anyone sharing the stage with him.

This Black Swan figure draws your attention so completely, that you follow him even when he is on the periphery of a scene.

I ended up missing some of the action the first time around because I was focusing so hard on the Stranger. During the second show I made an effort to concentrate on centre stage, but my eyes kept straying to Trenfield stalking his way around the room.

I’m not sure at what point Bourne cut a younger version of the prince from the story (in the original production the prince was played by a young boy at the start of Act 1 and at the very end of Act 4), but this is the only change I wish he hadn’t made. Having the child prince lead us into (and out of) the story reinforced the innocence of this character, as well as the coldness of his mother and the nightmarish nature of the swan vision. The poignancy gets a little lost, and the prince of the current production appears pathetic and needy.

I found myself missing Scott Ambler’s prince, so regal and dignified despite his mental anguish.

All that being said, Williams delivered a powerful and heartfelt performance on both nights. He played the role to the hilt. The madness scenes were very convincing and heartbreaking.

The Queen is a tricky character. There’s no denying the somewhat Oedipal nature of her relationship with the prince. She appears cold and even monstrous for the duration of the story, incapable of showing any affection to her struggling son. Yet I’m not ready to cast her as a villain. It takes more than one viewing for her complexities to become evident, and a lot depends on the dancer portraying her (I find Anjali Mehra’s Queen colder and more distant than Stephanie Billers’).

While her grief at his death at the end of the ballet is genuine and raw, I find the scene at the start of Act 4, when The Queen sees her son alive for the last time and reaches out to him but stops herself at the last moment, especially telling. This is a woman who understands the restrictions of the world she lives in. Monarchy demands for all emotion to be suppressed for the sake of propriety. She struggles to impart this skill to her son. But she doesn’t stop trying.

One mustn’t forget that this ballet was created at the height of the Diana / Charles / Camilla saga, and the royal family were in the news daily. So much for dignity and propriety.

Bourne’s corps de ballet arguably have a harder job than the corps of the original Swan Lake, as they inhabit so many different characters in the story: the palace guard and servants, the photographers, the fans and autograph hunters, the patrons of the seedy nightclub, the swans, the dancers of the spoof “ballet within a ballet”, and the guests at the royal ball. The men are magnificent, but the company also boasts some remarkable women. The glittering princesses and the tipsy flirts add colour, warmth and feisty energy to this glum world.

But the main draw, of course, are the swans. This version of Swan Lake isn’t everyone’s cup of tea, but even the most critical viewer will concede that Bourne’s swans are mesmerising.

Replacing female swans with male dancers makes a lot of sense when you think about it – swans are territorial, often aggressive animals, with a huge wing-span and powerful physique.

Anyone who’s ever come across these creatures in real life would know that they are no delicate maidens. Bourne’s swans hiss, spit and bite. They are forceful and intimidating, but possess a certain graceful lustre. They can also be serene and playful. I find the Dance of the Cygnets especially delightful – Bourne’s Swans really look and act like teenagers.

I have to say, I’m massively disappointed with the venue. Here’s why.

1. There was no cast sheet of any kind available, and you didn’t know who you were going to see until the curtain went up. As a result, I ended up seeing the same cast twice (Trenfield and Williams), and I was really hoping to see both them and Ollivier and Marney.

2. The staff let people in 30 minutes after the performance had started. On both nights I was there. You really need to draw the line somewhere.

3. Buying tickets for the second night became a bit of a nightmare. There is some ridiculous rule that doesn’t allow you to buy a single ticket anywhere near an aisle if there are 2 empty seats next to you. I can’t even explain it. Booking a seat turned into a game of tetris and I ended up in a pretty shabby spot even though better seats were available and I was willing to pay extra.

4. The seats are all on the same level. Which means that is you are short like me and someone slightly taller than you seats in front, your view of the stage is completely blocked. This happened on both nights.

The Swan Lake tour is currently in Sydney, and will in a week’s time make its way to Milan. I recommend following these dancers on Instagram if you are interested in the company’s progress and day-to-day activities.