“Holding the Man”, a film based on the best selling memoir by Tim Conigrave, was released nationally last week. I randomly picked this book up at the university library when I was in my second year. Since then I’ve re-read it four times, and it still manages to reduce me to tears. I have met many people over the years, both gay and straight, whose lives have been touched by “Holding the Man”. Here’s hoping that the film will introduce the book to an even wider audience.

Tim’s political and artistic journey started at Monash University in the late 70s. This period in his life has always fascinated me, especially since it isn’t dwelled upon too much in the books. Last year I decided to do my own research to gain a better understanding of Tim’s early days as an activist. I collected my findings here: Tim at Monash.

The first thing that I looked for was Tim’s letter, which was published in Lot’s Wife (the student news paper). This led to my most significant discovery.

This is Tim’s original letter, as published in “Holding the Man”. 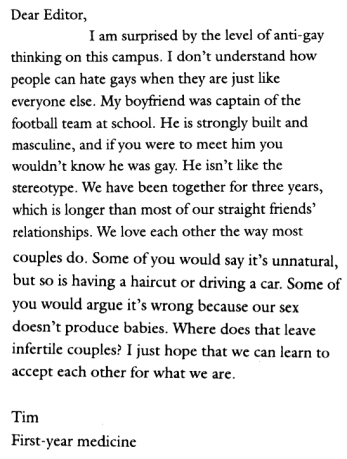 No such letter was published in Lot’s Wife, but a letter signed “Tim, Med 1.” and an article which clearly talks about John were published in two separate issues in 1978. I believe that both were written by Tim and he “combined” them in the book. 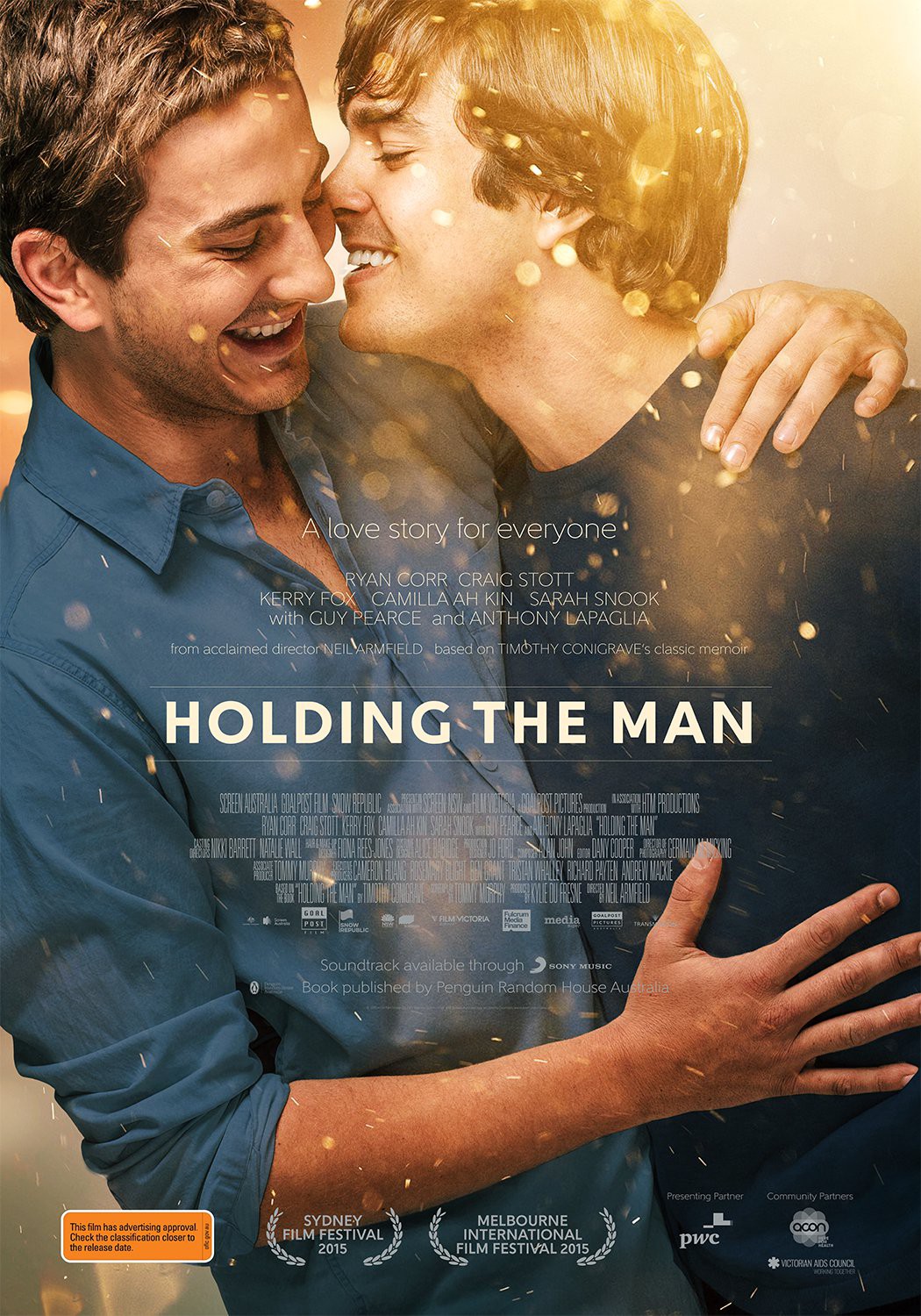