The Royal Ballet’s 2016 production of Mary Shelley’s Gothic masterpiece is an immensely enjoyable spectacle. It did, however, leave me a little conflicted. On the one hand, “Frankenstein” is, first and foremost, great theatre: the production design is mind-blowing, the attention to detail is superb, the acting is splendid, and every character is fully fleshed-out. On the other hand, there isn’t a heck of a lot of actual dancing.

“Frankenstein” relies too heavily on its impressive mise-en-scènes, while the choreography, for the most part, takes a backseat.

John Macfarlane creates a complex and aesthetically impressive world, while adhering to the Gothic canons. Lowell Liebermann provides a dark and foreboding original score, and the Royal Ballet dancers bring the characters to live as only this wonderfully-gifted company can. In the midst of this grandeur, Liam Scarlett’s choreography seemingly falls short.

I had a similar problem with the Australian Ballet’s 2015 production of “Sleeping Beauty”: the set and costume designs were out of this world, but the ballet itself was almost entirely overpowered by the production design. This was due, in part, to the fact that the Australian Ballet are not as technically equipped to tackle the great classics as they are a more modern repertoire. I am certain that the Bolshoi dancers would have been able to outshine the spectacular visuals.

I can’t help but feel that were Macfarlane’s beautiful set and costume designs stripped back, “Frankenstein” would lose most of its punch. It feels as if the choreography spends most of Act I and Act II covering behind other elements. This is especially frustrating because when all artifice is finally removed in Act III, and we are left with a plain set and a single earth-shattering pas de deux between the Creature and its creator, Scarlett finally delivers. Unfortunately, two and a half hours into the production, it feels like too little too late.

“Frankenstein” is clearly a labor of love. Scarlett is respectful of and faithful to Mary Shelley’s original text, and is successful in giving the audience an insight into Viktor Frankenstein’s mind. We are treated to a comprehensive backstory and are fully invested into Viktor, along with his family and domestics by the end of Act I. Unfortunately, this means that Steven McRae’s Creature doesn’t appear till Act II, and even then his appearances are sparse (though effective). 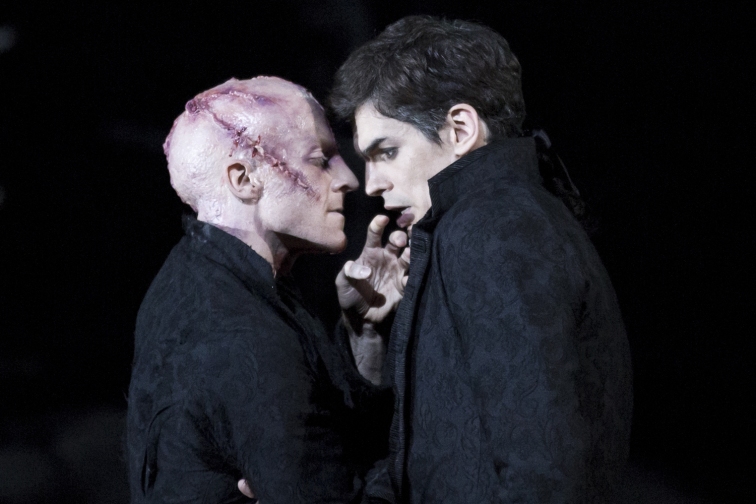 McRae is brilliant as the Creature. I would expect nothing less of one of Royal Ballet’s best and brightest. Steven is equal parts vulnerable and menacing as Frankenstein’s monstrous creation. The grotesque full-body makeup should be distracting, but Steven manages to communicate through it with absolute clarity.

For me, the Creature is the biggest draw and, simultaneously, the biggest frustration in “Frankenstein”. McRae is beyond reproach: he has an overpowering, burning presence on stage, but the choreography doesn’t entirely measure up to the character. The Creature’s movements are too fluid, too “perfect”. In “Notre-Dame de Paris”, Roland Petit successfully expressed Quasimodo’s deformity through fractured, yet beautiful, movements. Petit didn’t need to resort to over-the-top makeup to showcase the character’s grotesque appearance because he created a particular dance language for Quasimodo. I would have loved to see Scarlett take a similar approach with the Creature.

The whole cast are as brilliant, but I was especially pleased with the supporting characters, who are as fleshed-out and intricate as the leads.

Alexander Campbell provides some much-needed comic relief as the loyal Henry. Elizabeth McGorian as Madame Moritz takes what could have been a harpy and turns her into a complex three-dimensional character. Thomas Whitehead makes for an astonishingly creepy Professor, as menacing as the Creature itself, and Meaghan Grace Hinkis is gentle, sweet and, ultimately, heartbreaking as Justine. 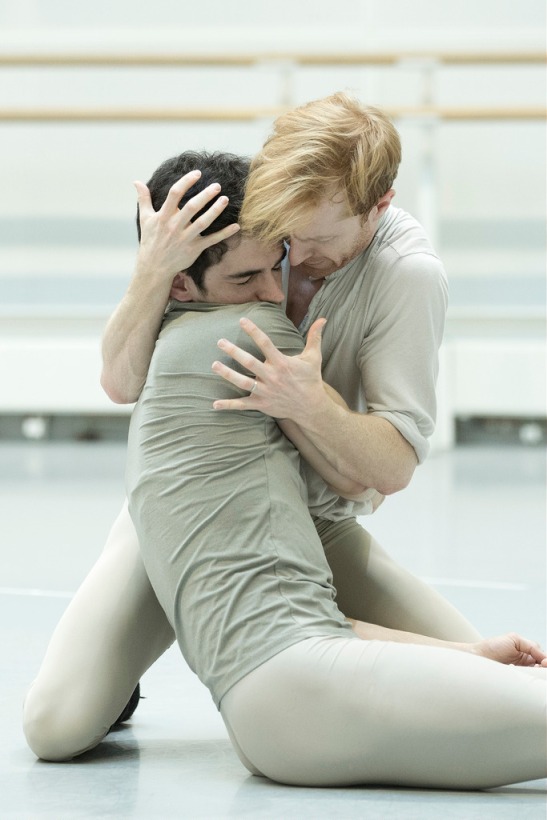 One of “Frankenstein’s” stronger suits are the seamless transitions between the moods. Scarlett has a great sense of pace, which allows him to hit every emotional note perfectly. Some moments ring out with joy, while others are downright horrifying. Both are injected into the story with surgical precision and impeccable timing.

Overall, “Frankenstein” is an action-packed visual feast. The only thing that holds it back is how little it relies on choreography to tell the story in the first two Acts. 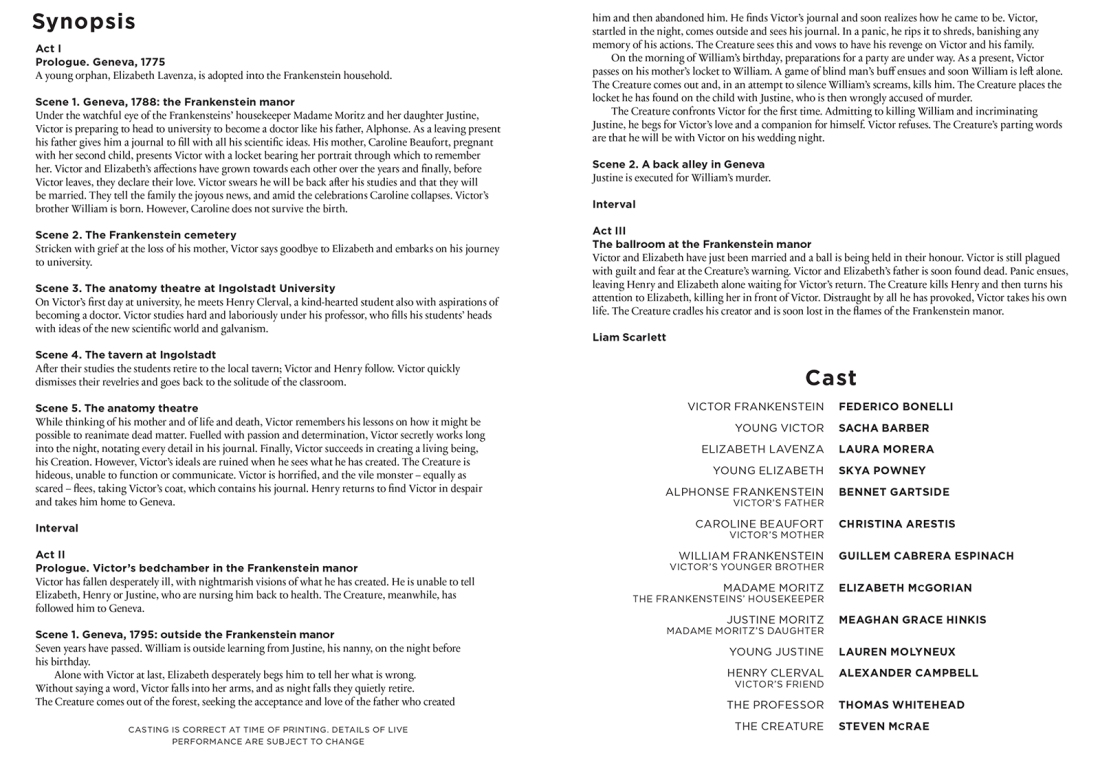